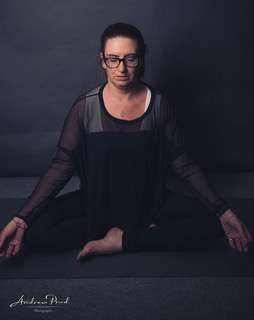 In 1999, I wanted to try a yoga class, but as someone who already committed part of a monthly salary to a gym membership, I didn’t want to pay out any additional money to go to another class, yoga now wasn’t offered in the local leisure centres.

I am sure that is how many people are today, especially with the economic climate the way it is. Why would you want to pay out more money for an additional class when you are already paying for a service as part of a monthly subscription.

This is one of the reasons why I now, 17 years later I teach at my local leisure centre, so that yoga becomes accessible for everyone.

Back in 1999 it was Madonna and Sting that made me begin to enquire after the practise. In 2000 when I returned from living in Spain yoga had been introduced to my local leisure centre and I decided to go along.

I was extremely lucky with my first yoga teacher – Vicki Scarlett, a British Wheel of Yoga teacher. I practised with her twice a week until the centre closed down. The class was 90 minutes long and this was my first experience of dipping my toe is the yogic stream.

I can remember these sessions as if they were yesterday; Vicki was of undetermined age, thin, with bright red hair. She always wore leggings and a rock band t-shirt. She travelled by bus to teach us and as the class finished late, I used to drive her home. I never told her that I lived a stone’s throw from the centre, as she always asked if I was going out of my way.

In those days, I used to work in the City – working for one of the big investment banks. The stress of the job was counteracted by the yoga and over the years it has influenced my psyche.

When the local leisure centre closed, I decided that I would continue my practise but joined a health club which was more convenient for work. I lost contact with Vicki and the friends that I made in class. I did pop back very occasionally but I was enjoying experiencing a different teacher.

I have been truly blessed and I’m extremely grateful for the teachers that have taught me over the years. I have received a solid firm foundation in yoga, it may not have been what I wanted but it most certainly was what I needed.

Fast forwarding a few years to 2008. Lehman Brothers and the other investment house had collapsed leading to the global economic crisis. I had become a consultant by this time, being employed as a contractor for the duration of projects and then having to find a new role, jobs were becoming harder and harder to find. After working in the investment banks for 20 years I found myself unemployed.

During this time, I decided to seek out my old yoga teacher – Vicki but unfortunately I found out that she had passed away the previous year. I was pointed in the direction of Jackie, who was teaching many of Vicki’s old classes.

I introduced myself to Jackie and attended her classes regularly for a couple of years. We founded a good solid friendship. It was from her nurturing that I found myself again on a yogic path.

During the yoga show in 2011, both Jackie and I wondered around and looked at all the different teacher training. If I was to train as a yoga teacher I had in my mind the strong basics that I had experienced and I wanted a good solid foundation to base my teaching on. So even though I looked at all the different teacher trainings, I knew it my heart where my path would lie.

In 2012 I found myself working back in the city. I still regularly attended class and I had become Jackie’s helper at her church hall classes. It was on one Saturday afternoon at a Satsang that had been organised by local yoga teacher in my area, that I found myself on a path that rang true. I had attended the Satsang to connect with other yogi’s and to establish if this really was the right path for me. I met a member of staff that lead to me casually helping at yogamatters and another yoga teacher – Maggie who told me,” when the time was right an opportunity would present itself.” A never a truer word was spoken.

That is exactly what happened. In 2013 I began the British Wheel of Yoga foundation course, which allowed me to paddle in the yogic stream. I found that what I was learning from the foundation course was being comprehended by the ethics of my city job and lifestyle and it was in late 2013, just after I had been accepted on a teacher training course that I decided my days in the city were over.

I do miss the fast pace of the city, but I know that it is not good for me. What I need is plenty of Yin (& tonic). I do find myself battling my consciousness as to whether I should be working in the city or teaching yoga. But I know as a lifestyle choice yoga is the right one for me.

So, I have recently graduated from a three year, 500 hour, level 4 diploma with the British Wheel of Yoga and what a journey it has been for me.

And so, the story continues…