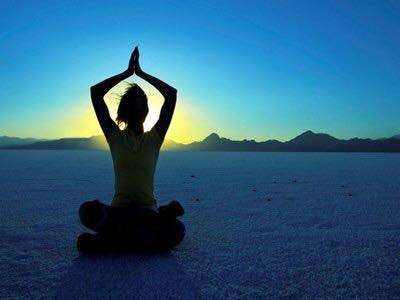 There seems to be so much discussion and debate over who ‘invented yoga’ and who it belongs to and I can kind of see why Eastern traditional yogis get so irritated with the modern West who have adopted their practice, their ancient teaching and their name given to this practice and then seem to want to change, manipulate and brand it to suit their own desires. Though true, Easterners at the same time have always maintained that Hinduism, Buddhism and yoga are universal to all man, but still I can see why they sometimes feel this great art of theirs is not respected, is changed and is practiced for different reasons than the original teachings intended and yet still keeps the traditional name without the traditional motivations.

After much contemplation and self-reflection, these are my thoughts on the subject for the day.

My understanding is that the earliest records of ‘yoga’ we have are from India. However, no one really knows how old this ancient practice is or where it originates as many ancient civilisations seem to have evidence of its practice in one form or another and possibly under different names and guises. It is true that evidence has been found that the ancient Scandinavian Aryan warriors migrated and merged with the Indus Natives who lived along the Indus rivers long before there were any written teachings of yoga and brought many of their customs and traditions with them including meditation which was originally what is believed they used to bring the mind to absolute focus and stillness so that they could be undefeated in battle and war. The Aryan teachings are believed to have contributed to the precious ancient Indian teachings we have now.
But really? Does it matter? India has the most ancient records and the credit for preserving this ancient practice for us today. And that is wonderful and we modern man should respect and be grateful for that. But even ‘traditional yoga’ in the East has evolved over the years since its original earliest written teachings to suit the times it was being taught, but still of course with the original text at its core- and that is what is most important in any teaching.

Maybe (my theory), the teachings and practice came directly from ‘God’ and were ingrained into the DNA of the earliest man universally, to draw on whenever he needed to reconnect and ground himself back into who he is, where he is from, his purpose and his truth. Maybe it was a tool given to human DNA to survive in harsh times, maintain health, integrity and a humility, grace, respect and connectedness to nature and creation. Maybe it was put there to stop us going down the destructive path we seem to have but through our modern lifestyle, it has been hidden from us.

So what I am trying to say is that maybe it doesn’t matter how yoga is practised for now, how it is changed, branded or commercialised, (so long as many of us preserve its ancient origional teaching), or why people are originally drawn to it- even if it’s just that it’s a keep fit trendy thing to do, a good stretch, or good for health and stress relief, so long as the increased number of people keep being drawn into it keeps rising… because many people who were drawn to yoga for these reasons- including myself, with regular practice begin to transform, grow, connect and come back to the traditional teachings and practice. There is no doubt that yoga brings great gifts such as good health and an awakening to inner joy and the self and has the potential to create peace and harmony among humans and also humans with the rest of the world. There are many mysteries of faith- we can explain a lot of why yoga works its magic, but we don’t need to explain it all or it wouldn’t be magic!
So surely the more people we get to practice, no matter under what guise, the better for us all?

I personally love introducing new people to yoga and delight when they connect and are uplifted by their own practice, grace and commitment to themselves- a bit like a parent and child really and I find great joy when sometimes I have to let them go as they transform before my very eyes, become fearless and follow their dreams. But they never forget…

I am so very grateful to my teachers – Maya Fiennes, Avtar Kaur (Karen O’Brien), Karen Howells, Elaine Fletcher, Satya Kaur and Shiv Charan Singh, Siri Sadhana Kaur, Carolyn Cowan, Siri Arti, Angad Kaur, Raghurai Singh, Amrit Singh, Ana Brett and Ravi Sing and others who directly introduced me to yoga.
I am grateful to all my colleagues and other teachers who have taught and inspired me on my journey in yoga practice.
And last but certainly not least I am so very grateful to my greatest yoga teachers of all- my husband Glyn, my children, Tom, Alex, Jake and Sam, my parents (especially Mum but Dad too for the opposite reason) and ancestors and my family, in-laws, friends, students and acquaintances, (past and present), who provide the lessons and love I need in which to awaken, evolve and grow.

Yoga to me is so much more than a practice- it is my way of life and I have a lot to learn as well as to share but the most important thing is that I am willing.
Amen
Om Shanti
Shalom
Sat Nam
Namaste
In Lak ‘Ech
❤️🙏🏼