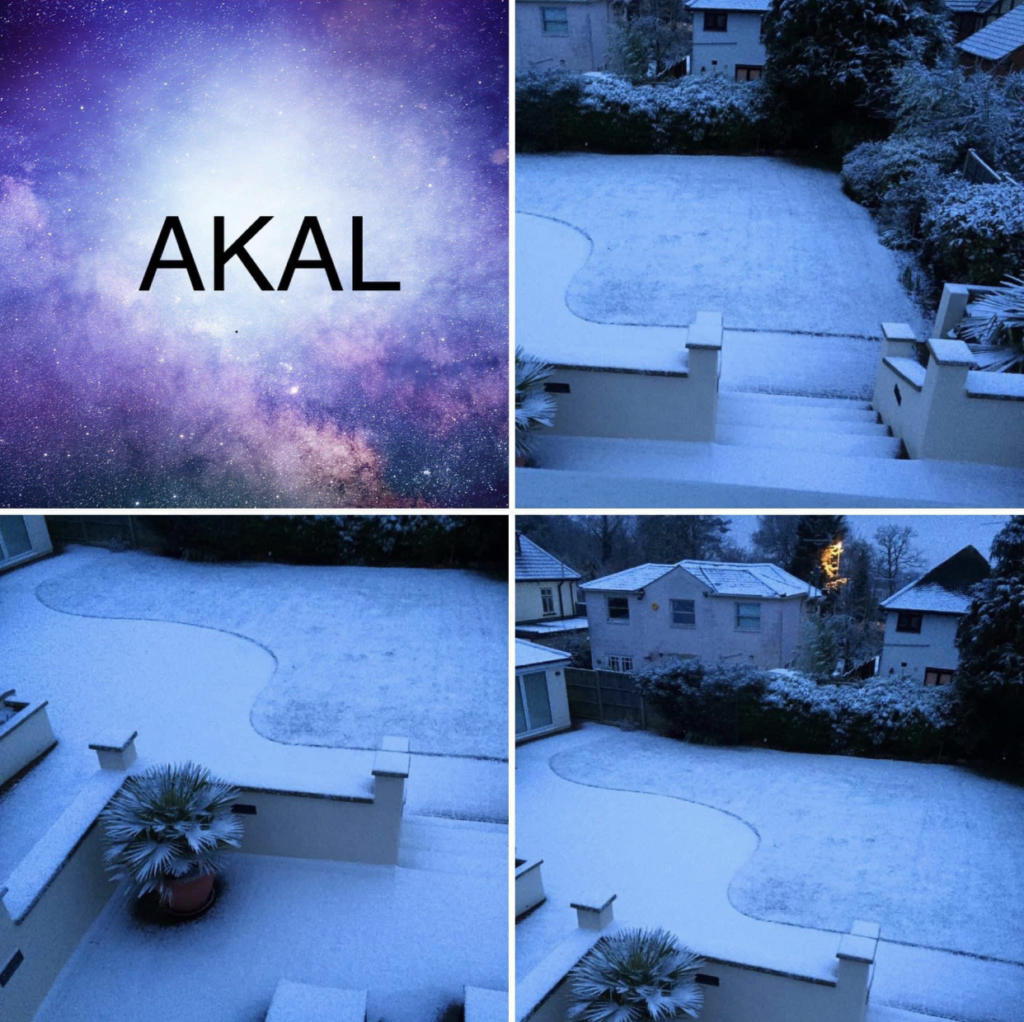 Thank you to Jacqui ilovekundaliniyoga.co.uk. for letting us share your recent post on Akal, heartfelt and fascinating.

In Sikhism, the word Akal is chanted after a soul leaves the body to help reassure and to encourage the soul and its journey.
Akal means immortal, eternal, timeless, infinite and gives the soul freedom and peace to move on.
Although Kundalini Yoga is not a religion, the language and many traditions and beliefs are tied into Sikh Dharma in the way traditional Hatha is to Hinduism.
And there are many crossovers between both.

Kundalini Yoga teachings say that after a person has left their body, Akal should be chanted and the soul has to leave the Earth’s electromagnetic field by the 17th day of passing, or it can be difficult for the soul to leave the Earth and it nay get lost or stuck here.

The teachings about death and the 5 Blue Ethers are fascinating and beautiful.
I am not Sikh and not sure what I believe, but I am passionate about Kundalini yoga and teaching it and my mum knows it is important to me.

In the UK, we rarely have proper seasons now and we haven’t really had snow in London for a few years.

When I pray I don’t ask for specifics. I just ask to be granted with what we need to be happy, healthy and fulfilled. But in the summer I always cheekily ask for sunny blue skies and in winter, I ask for snow…
The winter of 2014/2015 was no exception, but the snow never came…..

My beloved Mum died on Fri 16th Jan 2015… I would often talk to her after she left and would say-‘oh please Mum make it snow for me’
On the 17th day of her passing, I awoke and opened the blinds to this!!! A thick carpet of pure white snow which had not even been forecasted!
It only lasted until lunchtime, then it all melted and was gone. It was the only snow we had all winter but as far as I was concerned, my prayer had been answered – it was all the proof I needed and if there was any doubt in my mind about there being life after life, then that doubt left me that day❤️🙏🏼😃

Social
« We don’t need to fix perimenopause, we need to fix our environment
Healing from within »

#fridayfeeling Posted @withrepost • @projecthappiness_org “Gratitude unlocks the fullness of life. It turns what we have into enough. It turns denial into acceptance, chaos to order, confusion to clarity. It can turn a meal into a feast, a house into a home, a stranger into a friend. Gratitude makes sense of our past, brings peace for today, and creates a vision for tomorrow.”~ Melody Beattie
Final gong bath of 2022 ✨✨✨✨✨
Add some Christmas sparkle to your workout #yogaleggs Gold Dust have just been restocked #limitededition #yogawear #yogaleggings #christmasgifts ❤️💕
Let it be something real 🖤
Our newest #yogaleggs designs have all been restocked in time for #christmas don’t delay, order in plenty of time to receive for the big day! #christmasleggings #christmastime #christmaspresents #yogigifts #fitnessgifts #gymwear #yogawear ❤️💕
Posted @withrepost • @tinybuddhaofficial "Maybe it’s not about deciding who needs extra kindness, but knowing everyone does.” ~Sophia Joan Short
Posted @withrepost • @debmac_ Day 6 of my @yogaleggs advent#notjustforyoga #yogaleggs #treepose #advent #activewear
Our gorgeous #redvelvet #yogaleggs have been #restocked in time for #christmas ❤️#leopardprint #leggings #red #burgundy #winterfashion #yogawear #yogaleggings #christmastime 💕❤️
Posted @withrepost • @foreverconscious The Gemini Full Moon peaks on Dec 7-8. Gemini is represented by the twins. One twin is mortal, the other immortal, representing both the soul and the body. Our soul is forever. Our body has a timeline. Both elements make up who we are. We must honour our human/physical side and our soul side. The gemini full moon reminds us to balance the two. With neptune strong at this full moon, we get a little more support to reunite with our soul. To listen to its wisdom and to connect to the love that we are. Your full moon forecast and ritual is available now at foreverconscious.com
Wow tonight’s #fullmoon is so #powerful #chargeyourcrystals #release #healing #fullmoon🌕 ❤️💕
Posted @withrepost • @emma_kemptlifestyle 2016 - early 2019 I probably experienced some of the most horrific, frightening unsettling times. Sure I moved forward I got a new home and established the PT side to my already existing beauty business but I never want to go back to the place and fear. Darkness finally gave way to light and I grew. I began to trust my life journey and just breathe 🤍 I am #kemptlifestyle #feelit #seeit #loveit
Posted @withrepost • @omyogamagazine Hands up if you suffer 🙋 #commentbelow ❤️
Follow Us: