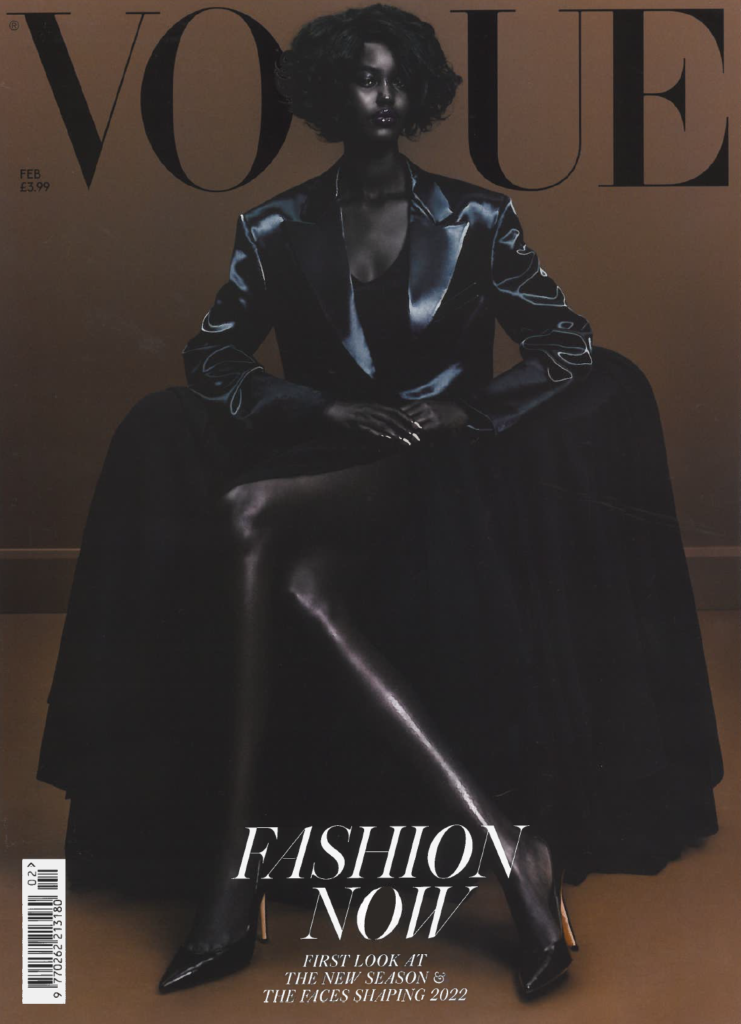 We are so pleased to have been selected to feature in British Vogue’s Wellness showcase. 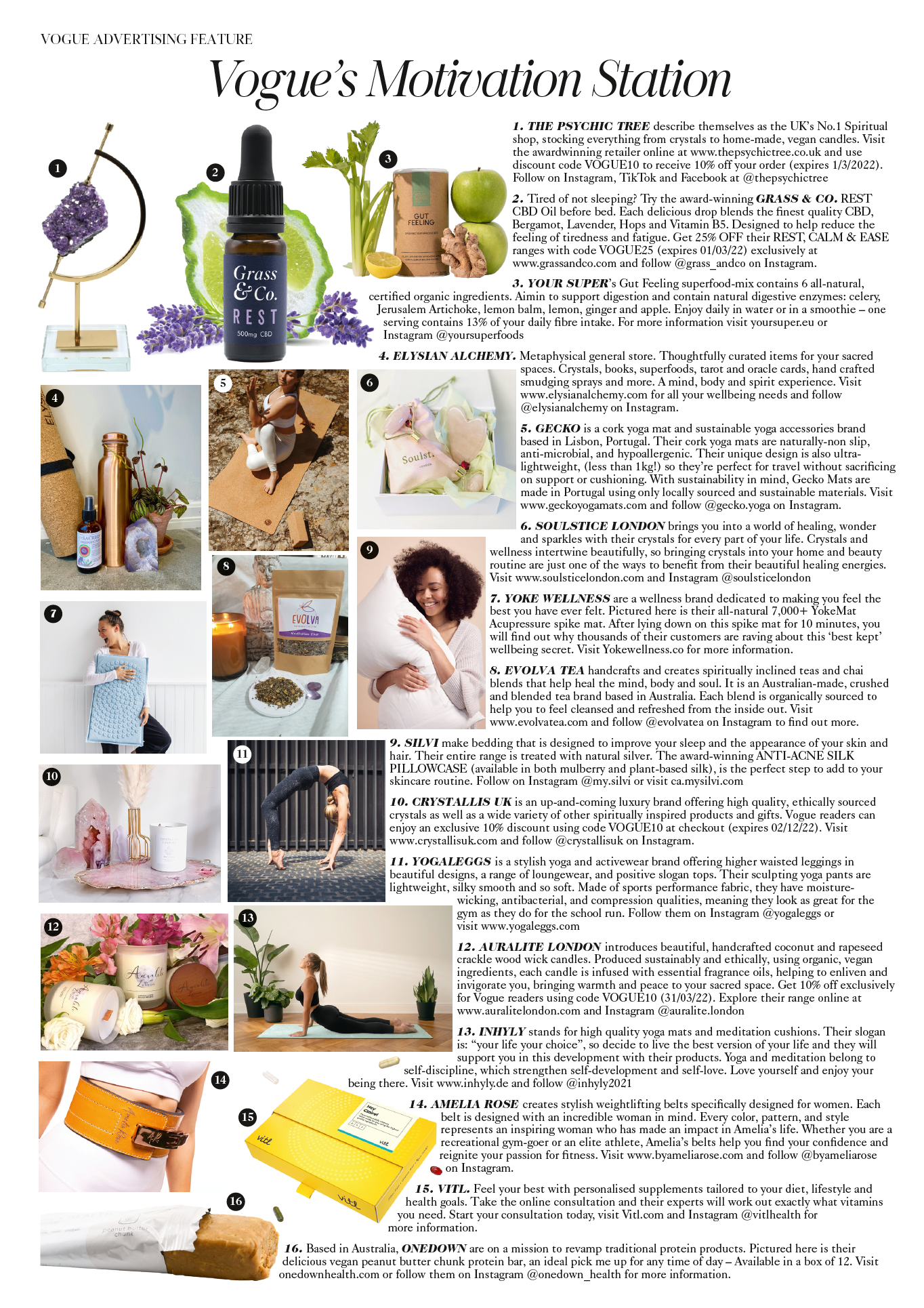 Of our February Issue cover, Editor-In-Chief Edward Enninful says: “Fashion Now: that’s what this month’s two covers proclaim. Their stars? Models Adut Akech, Anok Yai, Majesty Amare, Amar Akway, Janet Jumbo, Maty Fall, Nyagua Ruea, Abény Nhial and Akon Changkou: a powerful cohort of reigning and emerging superstars who have not only come to rule catwalks and dominate campaigns, but have shifted the lens through which fashion is seen the world over. They may all be global citizens these days, but every one of these brilliant models is of African descent. As is tradition, the February issue brings readers Vogue’s first distillation of the new collections, and as any fashion watcher will have seen at the season’s shows, the rise of the African model felt, at last, like a permanent revolution. No longer just one or two dark-skinned girls mingled backstage, but a host of top models took a meaningful, substantial and equal place among the most successful women working in fashion today. It means so much to me to see it. Of course, there is a question of race here. It would be inconceivable for me, as a British Ghanaian, to feel anything but personal joy at that. But the rise of African representation in modelling is not only about symbolism, nor even simple beauty standards. It is about the elevation of a continent. It is about economics, access, culture, perspective, difference and wonder. And it is here to stay.” 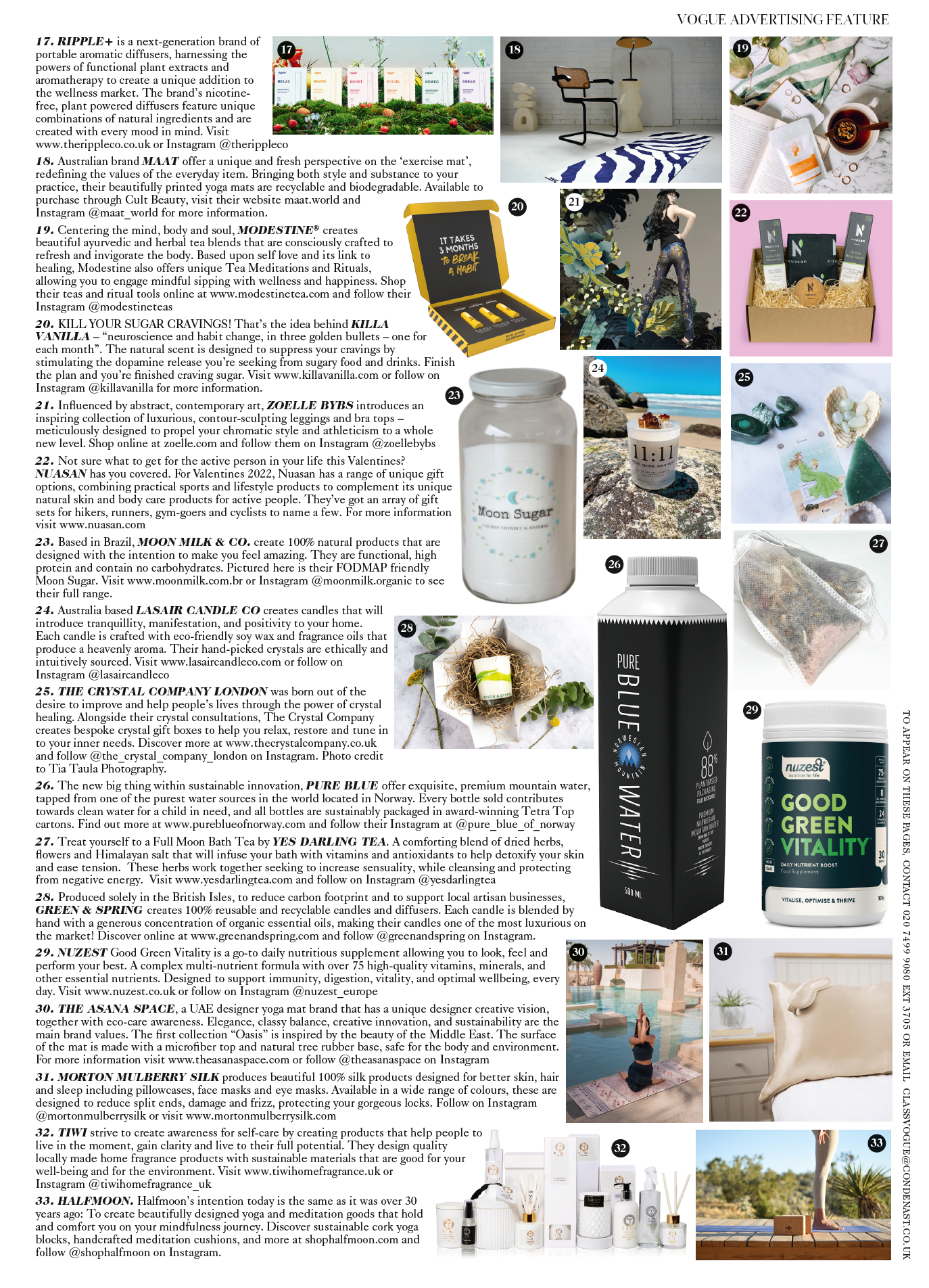 #ecstaticdance #yogaleggs #limitededition #leggings #dontmissout 💜
Thank you @sylviacoloma for my lovely reflexology/reiki treatment yesterday 🙏🙌❤️
Thank you @jodie.fringe for my beautiful flowers and your kind words 🙏🌷❤️ good to have you back, todays class was soooo good 🙌🙏😘 defo felt #yogastoned 😂❤️
The most glorious #walk today on this beautiful day and so blessed to meet a field of #horses wearing #peacock coats 🥰🌈💜💕 #itsthesimplethings #outdoors #nature #walkingtrails #bowersgifford #marshland #keepwalking #mondaymotivation #outdoorexercise 💕
A beautiful day for #yogaleggs @nataliemusaphia ❤️💕
Posted @withregram • @untamed.aesthetics Sowing the seeds of spring 🌱You girls are the best Monday medicine 😂😭🌱🧘‍♀️🫶🌟
Posted @withregram • @yogainhale WANT TO TRY YOGA? A new 6 week beginners course with @libbypinkess_yoga starts Thursday 23rd Feb. Contact Libby for more info and booking 🕉️
#mondaymotivation 💕 Posted @withregram • @jaiyajohn One moment you are laughing, the next crying. They say you are emotional. I say you are all the way alive and bathing in life’s river, which is a water made of emotion. I see you in the lagoon. Early sun watching you, smiling. You are dressed only in a gown of water. Water at your waist, glistening on your skin, adorning your eyelashes, beaded and dripping from your hair.
Lots of love, laughter and powerful ladies @loveuyoga_kat_king @fringe.yoga well woman class today 🙌💪🙏❤️
Stunning @emma_kemptlifestyle in our #goldrush #sparkly #yogaleggs #yogaleggings #fitspo #weekendworkout ❤️💜⭐️💕💎🌈
Watched Stutz @netflixuk last night. Loved it so much thanks for reminding me I needed to see this @joannelang 💜
Posted @withregram • @alyonna.angelica I can see the future
Follow Us: