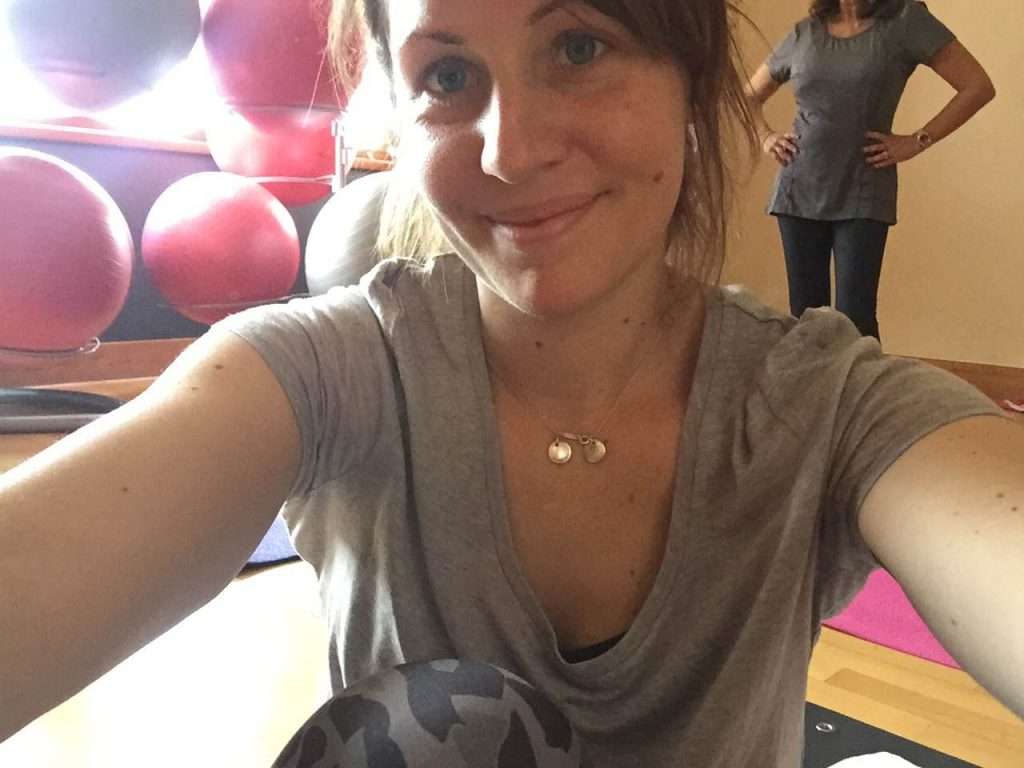 I hate to go all X-Factor on you, but I’m on a bit of a journey. Not one to normally stick to New Year’s Resolutions, I decided at the end of last year that Pilates simply HAD to become part of my weekly routine and NOT join the never-ending list of fads that started well, but ultimately fell by the wayside (running and clean living included – the lure of wine is just too strong).

After a fairly difficult second pregnancy and delivery (the boy was 9lb 7oz!) my body was shot to pieces. A year of sleepless nights and breastfeeding followed and by the end of 2015 I was on my knees both physically and mentally. I managed to damage a disc in my back, simply by sitting cross-legged doing up the baby’s blinkin’ sleep suit poppers (resulting in over a month of physio), and my mind was whirling. Feelings of anxiety were becoming part of my every day as I did my best to juggle being a parent to two young children, and I knew deep down I was going to have to make a positive change or face bigger back problems and/or losing the plot altogether!

So I started Pilates.

I have now been attending a weekly class since the beginning of February (we were away on holiday throughout Jan – it wasn’t me dragging my heels for once), and I can say hand on heart that it has made a world of difference. Whilst I had the occasional twinge in my back at the beginning, for the last few weeks I have reported NO problems. I feel stronger physically and my mind is clearer – a mini miracle.

I have to admit I also reviewed my diet and cut back on the burgers, bread and baked goods I was shoveling down on holiday, so this has helped also, but I believe that the rest is down to having that precious time to concentrate on only ME during Pilates.

Now my downward dog is far from perfect, and I can still only just touch my toes, but with each class I improve just a fraction, allowing me to push myself that little bit further and become a little bit braver. During the class I actually breath, rather than holding my breathe in panic as I race and rush after small people, to make deadlines and playgroup pick-ups.

Taking the time to stretch, breath and become physically stronger is helping me in every aspect of my life – to be a calmer and happier in every way. Well, for that afternoon anyway! Rather than shying away from this journey, I sincerely hope this is one I will stick with, and by doing so I’m excited by what’s to come…

Watch this calm and happy space!

Social
« Is it true, is it necessary, is it kind?
The Manic Life of Nicole! »

Posted @withrepost • @bendybaggio Thank you @iona_contortionist for a wonderful weekend of contortion training. So much learning, revelations and new things to work on. I cannot recommend this teacher enough 🙏🙌🥨
Posted @withrepost • @debmac_ Day 5 of my @yogaleggs advent
Posted @withrepost • @yung_pueblo Defining your own energy, instead of letting others define it for you, is one of the best ways to reclaim your power.
Posted @withregram • @loiskane Yoga and relaxing in the morning are my favourite ways to start the day.
Big big thanks to the beautiful @joannelang for looking after us so well today. Lunch and laughter with the most gorgeous people 🌲🎅💜
It’s kundalini time 🎉 @fringe.yoga with the amazing @loveuyoga_kat_king #mondaymotivation #wellwoman #yoga #selfcare ❤️🙏
Another wonderful #sundayevening #yin #yogapractice thanks to @infin8space_ #gowithin #deepyogapractice #chestopening #yinlover #yinyoga #loveyoga ❤️💕
Posted @withrepost • @debmac_ Day 4 of my Yogaleggs Advent
This reminds me of a conversation @loveuyoga_kat_king 😂👍 Posted @withrepost • @myessentialplanet Just in case! 😂🔮 Tag someone who'd appreciate this!!
When your out at an 80s night and you bump into your #soulsister #swiperight to see who it was 😂❤️🥰#randomnightout @forestersloughton #80snight #bestiesforever #soulsisters👭 #loveyou ❤️💕
Such a lovely day @stjohnsprimarysch #christmasbaazar so lovely to see our friends @eliviajames popping up and all our friends who came along. Also a special thank you to the helpers on the #glitterbraids stall 😍❤️💕 #tombola #fatherchristmas #cakestall #glitterbraids #communityevent #xmasbazaar ❤️💕
Posted @withrepost • @debmac_ Day 3 of my yogaleggs advent.
Follow Us: