How to be happier

Home / Amanda / How to be happier
â€¹Return to Previous Page

How to be happier

The key to happiness is to master the mind, to be calm and peaceful and free from delusions and negative states of mind.

So what does that actually mean and how achievable a goal is it, living in a modern western world?

In truth on a good day when the sun is shining and the good luck Gods have got your back, it’s doable, but those days seem ever more few and far between.

We seem to be living in a world gone mad. With lots of people struggling to be happy.

Buddha would argue that that’s just our perspective, there is no suffering unless we see it with our own eyes.

This Buddha says stuff is hard

I love my weekly trips to my local Buddhist centre. There are no saffron robes and shaved heads. I think people are surprised by this when they first arrive. The ordinariness ( I know that’s not a word) of the teachers and the dwelling. Simple, welcoming and kind just like the teachings.

I saw a tiny bit of Boy George on I’m a celebrity whose presence screeches look at me I am a Buddhist, tattooed with Buddhist symbols, meditating and chanting like a professional.

Here’s where it gets tricky

It’s cool to declare yourself spiritual and whether you’re worshipping in a traditional religious way every Sunday (peace be with you ) or practising yoga under the moonlight, are you really showing up on a daily basis in your day-to-day interactions? Are you taking your yoga off the mat? Are you peaceful?

If we are honest not always because it’s hard.

Because we live with people

I joke that if I lived on my own I could be really Buddhist. But that is a fundamental mistake If I really want to reach spiritual enlightenment or be happy in a mad world. One of the greatest teachings is to accept and acknowledge that if you want a calm and peaceful happier mind then you are going to have to go inwards.

Outside circumstances will appear to play a huge role in determining whether we are having a pleasant or unpleasant experience. New shiny possessions, nice accommodating people fluffing us up and making our lives less stressful feels good and who doesn’t want more of that?

I like the story of the zen farmer. One day his horse ran away and all around him, people declared that this was terrible news. The farmer’s response was maybe yes, maybe no. Long story short, the lost horse returned with ten wild horses which led to the farmer’s only son breaking a leg whilst trying to break in a stallion, this subsequently led to the son being unable to be drafted into the army. Which possibly saved him from death.

Whilst everyone around the farmer was on the rollercoaster of emotions that comes with life’s ups and downs. The farmer judged everything as neither good nor bad. Because some good things aren’t always cracked up to what we think they will be and sometimes what we perceive to be a disaster leads to something better. Sometimes.

Blessing or curse, maybe. Maybe not.

Buddhism just got real. There’s no sugarcoating, the teachings don’t deny that we are on a journey filled with obstacles to overcome. They embrace and meditate on death. There is no problem bigger to face than our own eventual departure to the heavens. But their understanding of its certainty and matter-of-fact outlook is a refreshing approach.

This week I learnt that we can’t like something unless we remove the dislike. Sounds easy, like I said this Buddha says stuff is hard.

Our human nature loves to be offended loves to find fault, to judge, to regret and to constantly swim in the murky waters of negativity. I try very hard but my sensitive nature often has me up in arms about everything that I consider wrong.

I think it’s very hard to be Buddhist when all around you most people appear to be the exact opposite. But that’s the beauty that’s the magic. That’s the lesson, the lightbulb moment.

It’s not about them

The mind can lead you to all sorts of places. It can love a person or despise them in equal measure at different times. Has the object of your affection or dislike changed so much? What’s going on in your own mind, do we question why some days things are more tolerable and some days harder to stomach? Our mind will choose to forgive if it so wishes or holds a grudge until the end of time. In yoga, we refer to the monkey mind, an uncontrollable mind that’s all over the place.

Haven’t we all had days when that naughty little primate is swinging from branch to branch throwing nuts around?

The mind can tell you that you look beautiful or an ugly mess.

It can give up on impossible challenges or it can keep going against all odds. It can change like the wind, just like that.

We can’t mould a person to be everything we want them to be, we can’t even do that for ourselves. We are ever-changing our circumstances are ever-changing and yet sometimes our thoughts are so rigid. So unforgiving and harsh. So stuck.

To stop the dislike, we have to find good qualities to focus on. Take our inappropriate attention off that thing that momentarily got our goat and turned a molehill into a mountain,

I know it’s hard. Why should we I hear you ask?

When Buddha speaks of dropping the hot coal and not drinking the poison he speaks logic he speaks sense. Humans are weird they like self-inflicted pain they like to feel the burn. We create our own prisons and torture chambers, and often the keys are left dangling in the lock. Freedom at our fingertips. Drop the coal. Do it for yourself.
It’s not that easy.
I’m offended. I’m upset. I’m hurt.
It’s not easy.

that we are all just walking each other home. I think often we overlook the importance of our connection to each other. To me, that reflection encourages us to support and love each other as much as we can on this earthly journey. Our actions towards our fellow travellers can either enhance or hinder that experience.

Ultimately if we feel good about ourselves, if we are really happy in our own skins, we will see it in others, we will feel it, we will attract it and radiate it. But it’s got to come from within.

So what’s the secret?

How do we achieve mastery of mind and live calmly and peacefully and happily ever after? We move to a cave. (Jokes)

We learn to meditate, and we make it as essential to our well-being as drinking water and cleaning our teeth. We make it a practice.

We reflect and question our feelings and reactions to our circumstances. We let shit go.

We work hard on ourselves. We don’t rely on others to make us happy. We realise that life is too short to waste time being angry. We tell the truth. We value what’s precious. We breathe. We remember what is important. We learn to like more and dislike less. We love ourselves enough to want to learn. We don’t drink the poison. We drop the hot coal. We breathe some more. We crave peace. We move forward.

We find a Buddhist centre.
We try. 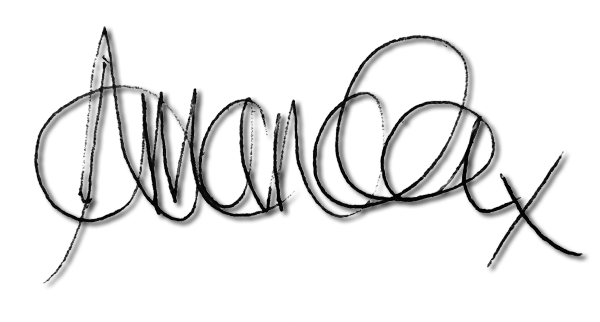 Social
« I’m only here for savasana

Our fabulous #rainbowstripe #yogaleggings go so well with our #rainbow #hope #yogaleggs range #styleinspo #christmasgifts #yogigifts #yogateachergifts ❤️💕
#tuesdaythoughts @tinybuddhaofficial “I don’t say no because I’m so busy. I say no because I don’t want to be so busy.” ~Courtney Carver
https://instagram.com/p/Clg6of0PChR/
Posted @withrepost • @cosmopolitanuk Tag your bestie 👯‍♀️ #rg @signsfromsource
Thank you @sylviacoloma I love you ❤️ and your treatments 🙌🙌🙌🙌🙌❤️ normally I film your in action, but today I forgot 😳 maybe you relaxed me too much 😂 you’re amazing my friend 🙏👏🙌😘
Posted @withrepost • @untamed.aesthetics Kundalini Monday Magic ✨⭐️🧘🏼‍♀️
Who loves yoga as much as we do? #commentbelow #yogaleggs #yogatank #summerstyle #yogalove #loveyoga #yogalover ❤️💕
#mondaymotivation #autumnfashion #emerald #yogaleggs #leopardprint #leggings #yogawear #fitness #fashion #gymwear #yogapants #yogaleggings #leggings #highwaisted 💚
Big believer of this and so the latest decluttering begins 😂❤️ @alkemiaearth "Your home is an extension of your energy field. This is why practices like cleaning your home, rearranging furniture, organizing your closet and getting rid of objects that are cluttering your space can have a profound impact on your own mind, body, and spirit."
Fabulous @yoga_with_katy in our gorgeous #yogaleggs #pinkleggings ❤️💕
❤️ @victoriaericksonwriter
Posted @withrepost • @stylemekk HYROX 2022
Follow Us: