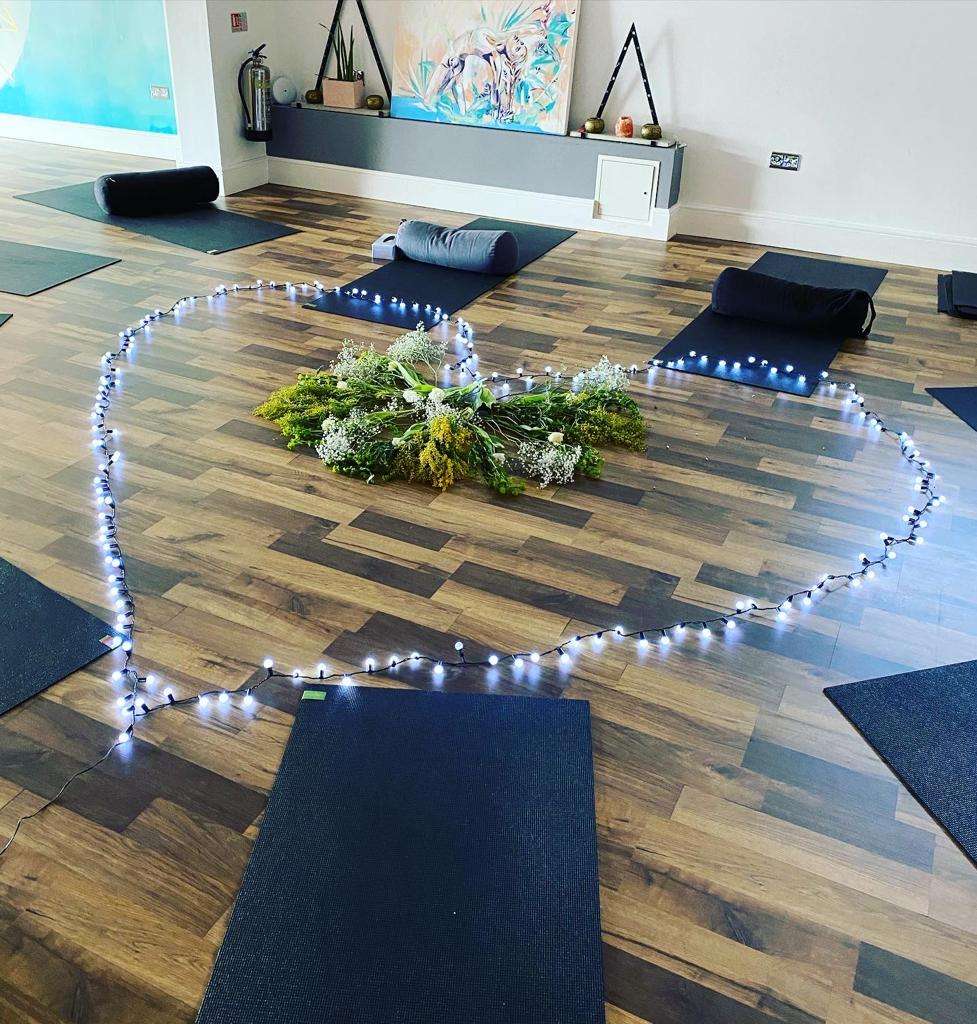 Recently my friend held a bereavement circle at our local yoga studio. I arranged the fairy lights into a heart shape, made love tea and passed the tissues; small things that I am qualified to do. The weather that morning was horrific, dark wet and gloomy. It felt fitting and almost poetic. I remarked to Jo that if grief was a day it would be this day. She agreed.

The rain stopped as do the tears eventually and several brave lovely souls arrived, probably just as unsure as you probably are of what a healing grief circle actually is.

Basically, it is a space to share your story of loss, or maybe you just want to listen.

As an Olympic medallist in the world crying arena I did wonder how upsetting this super sensitive confessional might be on my fragile senses. My own sister refuses to sit with me at funerals; I am that person, the one that blubbers.

Grief has always been so intense for me, I don’t shy away from it though, and death is a bit of a fascination if I am totally honest. I don’t think it’s morbid or intrusive of me to have been there and yet I know lots of people that would think that there could be nothing worse.

Jo was amazing and courageous she told her own sad story to get the ball rolling, and slowly and gently others shared their experiences and brought their loved ones back to life. We got to feel their essence as they conjured their beloveds from another time and space. Compassion and love filled the air and a shared knowing. Tears were shed but there were a few giggles too.

What did I feel in the room apart from the obvious? You know that sense of just missing someone you loved so badly that you just want them back. You want the cruelness undone; can you arrange that for me, can you bring them back, please?

Guilt found its way into the circle, guilt over what is a respectable grieving period and the time frame was anything from two weeks to twenty odd years. Guilt on whether your death trumps my death. Guilt over things that were done or not done, words said or unsaid.

I didn’t share, I wasn’t there to. I found it hard not to speak though (anyone that knows me won’t be surprised!) I felt compelled to say that it is okay to give yourself permission to feel sad, it should be compulsory. I wanted to say that whatever choice you made at one of the most traumatic times of your life was probably made with your heart in the right place and don’t beat yourself up ten years later if now you aren’t so sure.

My need for wanting to soothe others needs a little work apparently; Gabor Mate says it has something to do with being uncomfortable with pain, my own I am assuming. I would make a terrible counsellor; I am not good at just nodding.

The who has the biggest loss is a real thing. My stepdad’s early dramatic unexpected departure to the heavens shook me in ways that shocked me. I literally cried nonstop for a month. Should I be that distraught, for he is not my actual dad, do people think I am being overly dramatic? I have an actual dad. But I had known him since I was ten, he was my friend, he was my children’s gra gra, he brought me flowers and made me laugh, he was kind and I really liked him. I loved him. Looking back he was a bit like Miguel in This is us, always there, but slightly overshadowed by a different dad. Let’s face it we all want our actual dad to be the best dad. And there is a good example of guilt.

My brother who died aged three when I was twenty seven would have been twenty seven this month. His life and death story is a very sad one it would get very high marks on the tragedy scoreboard. The other day I randomly saw a tweet where a busker was singing a song from phantom of the opera when the lead actress from the show appeared and joined in with him, it was so happy and nice, and just like that, I was crying. I momentarily travelled back in time and remembered how much Jack loved the Barbra Streisand version, All I ask of you, we played it over and over; strange choice for a small child. There is your example of how grief can still pack a punch even twenty four years later.

I saw my dead brother at the funeral parlour, I didn’t like it. I didn’t think it looked like him, I hated how cold he was, the smell of that place stayed with me for a very long time. He was just a shell of who he was. I didn’t stand up and say nice words at my lovely stepdad’s funeral, he deserved nice words. Things you may have done or didn’t do, there is your example.

Maybe I could have really benefitted from Jo’s circle, maybe I’ll share my sad story one day, and maybe I will just listen and make the tea.

The circle is a sacred private place, what goes on in the circle stays in the circle kind of thing, like Vegas or fight club. And no judgements allowed; just a listening ear, well multiple ears and a cup of tea. Everyone has a very different experience of what they feel and how they manage the pain of bereavement.

There aren’t any right or wrong ways. As a rule, we are uncomfortable around death, not wanting to think about it not knowing what to say. Not wanting to say the wrong thing. In truth, there are no words, because words won’t bring them back. Everyone has different opinions on life after death; I guess we won’t know until it is our turn to find out.

Sympathy is very powerful; the word comes from the Greek sym meaning together and pathos which refers to feelings and emotions. That healing grief circle overflowed with emotional togetherness. There was a strong sense of shared understanding and experience; nice everyday people trying to ease some pain and make sense of the senseless. Talking and listening helps. It was a very beautiful thing.

I have always said that every school and every doctor’s surgery should have a grief counsellor available, this is in my ideal world where people aren’t starving and cats aren’t being used as footballs. In the meantime thank God for people like Jo and Jodie for making this a thing and it’s free. Well done Ladies. I hope you inspire others to offer tea and sympathy.

I like the Jewish proverb that tells us to not be sad that somebody has died but to rejoice and celebrate that they have lived. It takes a while.
Much love always 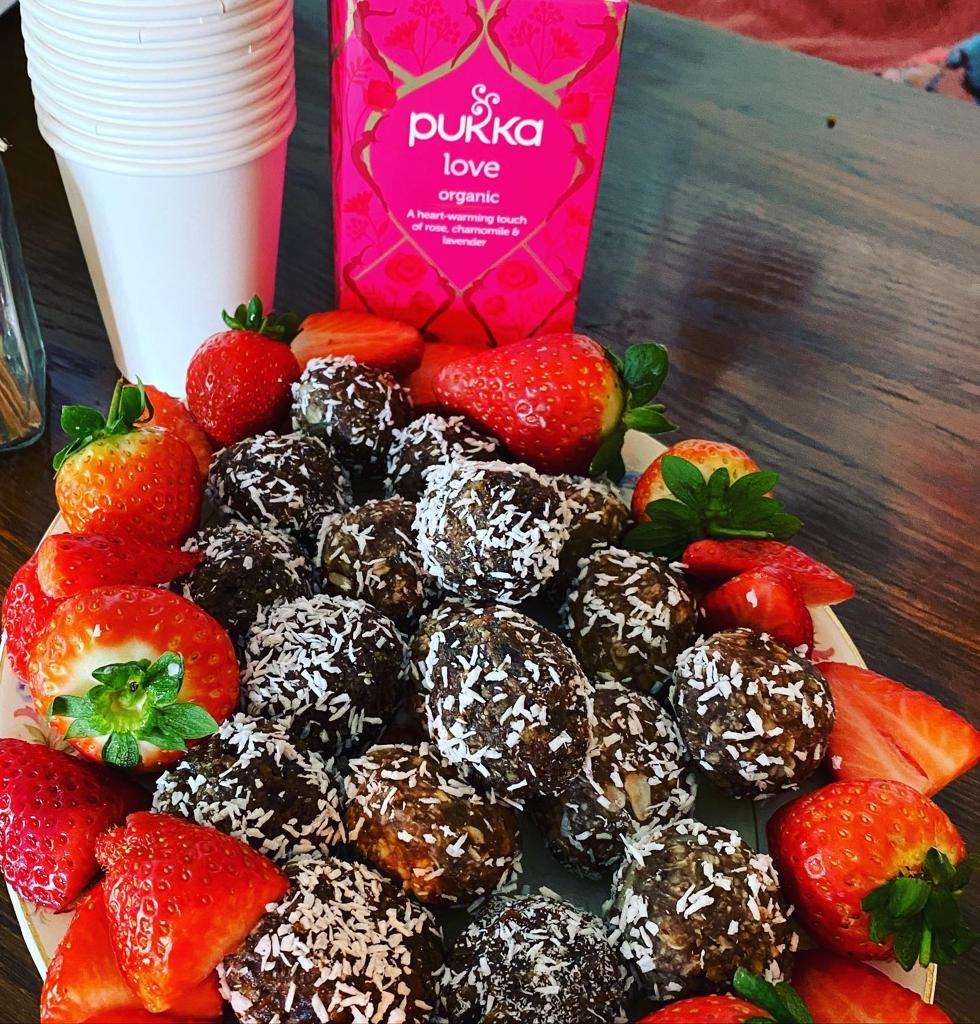 Social
« Born again Buddhist
We don’t need to fix perimenopause, we need to fix our environment »