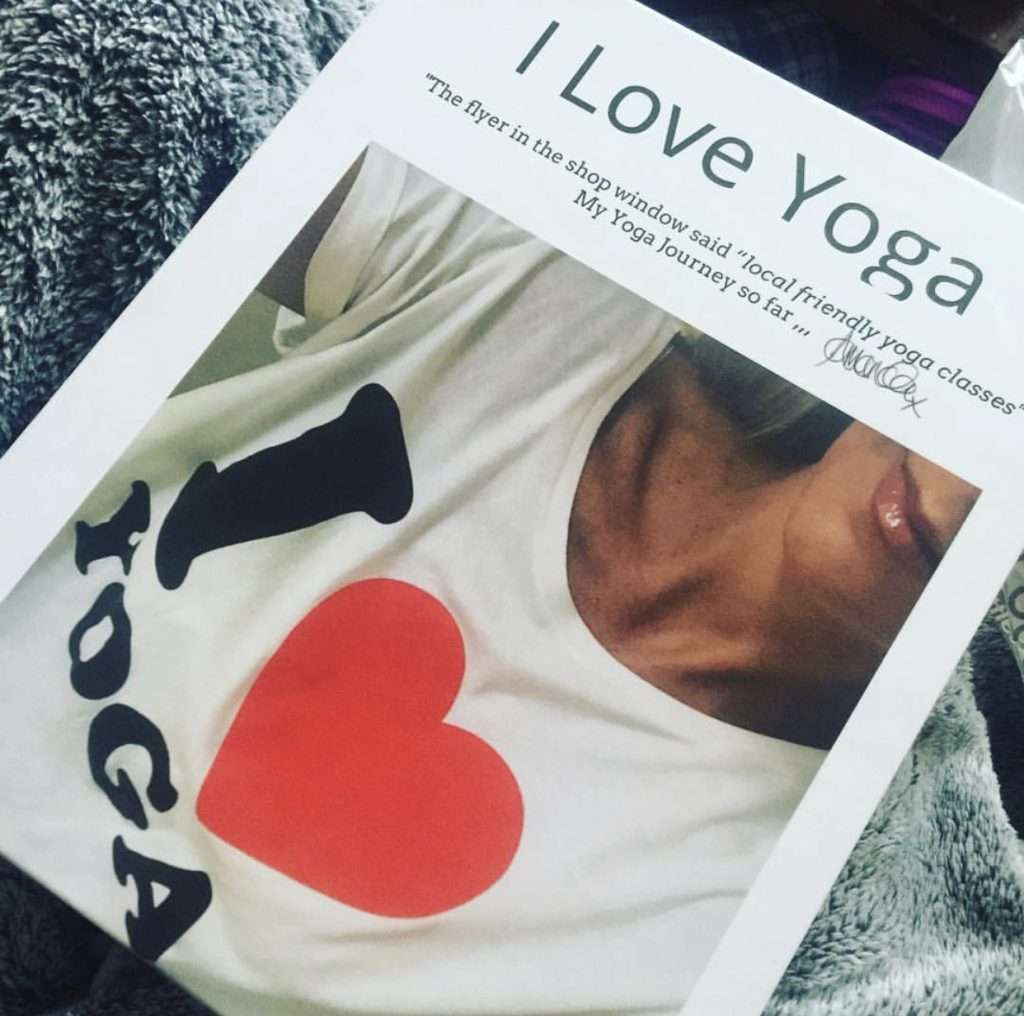 I loved the inbetweeness of Christmas and New Year even more than usual this year. Admittedly I am good with staying in and not needing or wanting anything (turkey, chocolate, pink gin, fresh PJs, clean socks the list goes on… we got it covered!) after the overindulgence of the festive period why not take advantage of this no man’s land of time, when you can take a moment and recover from the madness that is Christmas and eat your body weight in Lindt chocolate balls whilst playing drafts with a highly competitive nine year old. Yes at one point he declared his wish to destroy me! Bring it on short stuff.

I find myself reflecting or ranting this time of year, I don’t always love Christmas anymore. It’s kind of lost its magic for me. I used to. I did, I really did. I watch people when I am out shopping and doing the stuff that needs to be done and I have observed that nobody actually looks like they are feeling the joy either. Due to a very successful Yoga Leggs yuletide, I spent many many many hours in the post office queue. Because I am a crystal loving, meditating, incense burning Yogi this was not a problem, except the day I spent half an hour driving around looking for somewhere to park so that I could actually get in the queue! That day I was just an angry woman that was not amused. Not helped by the fact that I was hit by the flu virus that didn’t want to leave me, we became old friends me and my germs, yes I know I’ve bored everyone I know with tales of my blocked nose and hot sweats but I couldn’t even make it to Yoga! That is the other thing about Christmas, it makes us sick! We run ourselves literally into the ground. Even arranging a night when everyone is available for some festive fun becomes a chore that we can’t always squeeze in. Shameful!

Back to the post office, it’s fascinating to people watch the tipping point between a reasonable amount of time queuing and the ridiculous. I know we are British but we still have our limits! The fact that I saw more of Gary the post office manager during the month of December than my husband made me a little defensive on the counter staff’s behalf. As in most big corporations, it’s the person on the frontline, you know the one who gets paid minimum wage and no sick pay that gets the snide comments and dirty looks by the stressed out public. I’m sure the top bosses of the big supermarkets weren’t dealing with the wrath of an angry customer that couldn’t make snowballs this year due to a lack in the availability of Advocaat. Apparently, the youngsters are mixing it with vodka now, who knew? Anyway a little observation was that people only really wanted eye contact so that they could have a little moan, I’m sure that back in my nans day a queue in your local shop would have given you an opportunity to chat, you’d have probably known the person excited to be sending off their handwritten cards (yes once upon a time children people enjoyed sending Christmas greetings in a card.) Now we need to sit down when we hear the price of a second class stamp! So I often found myself trying to keep up morale in the line and took Gary a large bottle of Jack Daniels as a Christmas offering of goodwill.

My favourite bits of Christmas had to include Miles playing Jingle Bells pretty well in the school play on the piano. Did I mention my youngest child wanted Santa to bring him Elton John’s piano (HELP!!!!!!) thank you John Lewis. Santa managed to pick up a Ukulele in TK Maxx instead. Random I know or desperate I’m not quite sure.

Other highlights included a strange present stealing game in a quiet pub with a select few of my most bonkers friends (you know who you are) and a yearly house party with my other most crazy friends where bizarrely at 2 am I was elected to take over as DJ and play very random songs. I apologise for Mandy but it was funny at the time. Apologies to G also; whose Spotify will never quite be the same. What the Barry Manilow went on here!!!!!

Carols on the Green, enough said. Who doesn’t love Carols on the green (Finn)?
I found my mum a boyfriend (lovely Martin) She is the happiest I have ever seen her.
I binged watched The Gilmore girls on Netflix up to season 5 so far.
My husband made my blogs into a book for me. He is good at presents. He brought lilac ugg slippers and a coat from Zara that I dropped very huge hints about but he spent weeks making me a book that made me cry. So maybe there is still some magic in Christmas.
New Year thoughts, no resolutions. January is not the month for it. I do better at Lent where I have a proven track record of resisting bread and moaning! Maybe I will take a few more moments, play a few more games of draughts.