Be quiet and do something yogary!

Home / Amanda / Be quiet and do something yogary!
â€¹Return to Previous Page 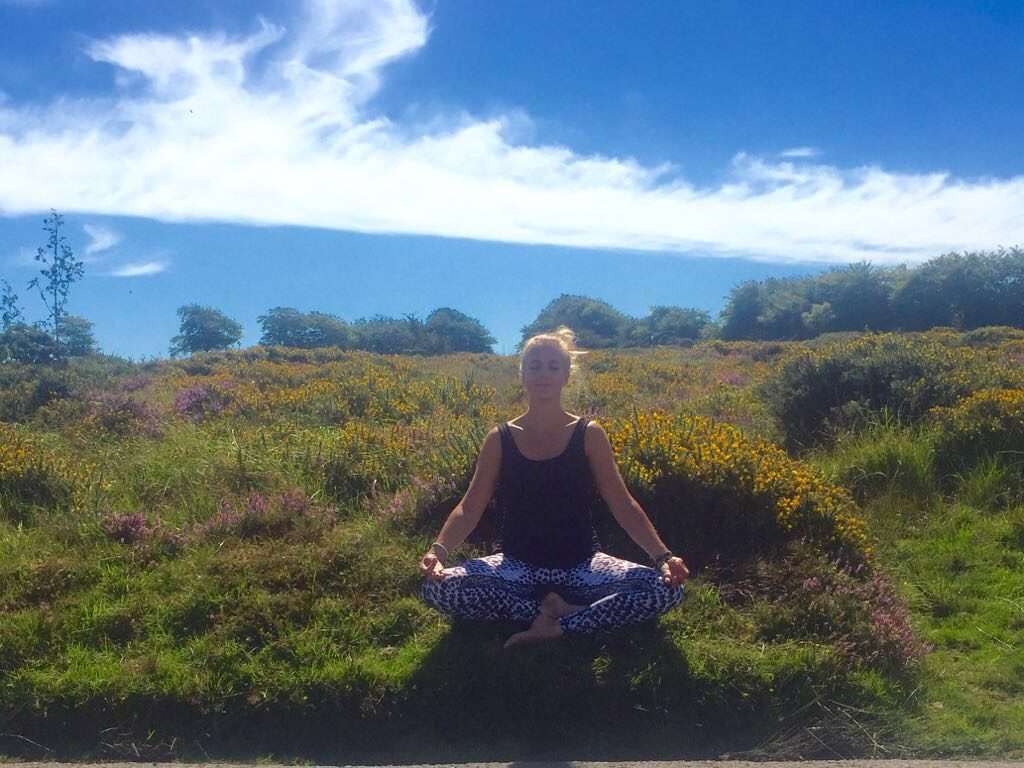 Earlier this year I found myself with an abscess settled nicely above my one and only remaining wisdom tooth. That discovery and subsequent removal took a week of mind-blowing pain, several packets of ineffectual different forms of painkillers, many sleepless nights and a trip to casualty in my hopeful stupidity that there might be a walk in centre open. Alas, no such luck but it did get me an emergency pass to an out of hours GP. Obviously what I needed was a good dentist. But I didn’t actually have a toothache so there I was getting carried away by Google; self-medicating, diagnosing anything from neuralgia to a brain tumour and slowing going ever so slightly mad with agony.

I thought that I was good with pain. Four natural births under my belt, rapid so no time for even a sniff of gas and air. Three of them Back labours which I am told are the worse. And I made more fuss over a tooth!

Health is wealth, you’re not kidding. The physical symptoms were having the most extraordinary effect on my mental well being. My calm and peaceful mind had done a runner! Suddenly it made sense how people get addicted to painkillers and smoke illegal substances to find even the smallest amount of relief. When my husband joined the Google search and diagnosed something quite grim that apparently led to people having suicidal thoughts, I got it. Severe pain equals misery. Health is wealth. Never undervalue its worth. I wanted to chop my own head off by this point. Fear of the unknown can totally destabilize and destroy our rational mind. But surely that just adds to the pain, doesn’t it?

What I discovered on my visit with a very lovely GP was that we really can breathe ourselves into a place of calm. (I had temporarily forgotten this helpful gift) As a dedicated Yogi I know this, but the pain had cast a shadow of darkness over any form of rational thinking! The poor doctor did not see me at my best and probably thought I was a tiny bit bonkers. (Yes there were tears). He was very open to the fact that our mind/body connection is not only very real but is also intrinsic to our overall good health and general well being both mentally and physically.

After the discovery that I sold Yoga Clothing he connected the dots and when a blood pressure reading was going through the roof, He ordered that I be quiet and do something yogary! I had just diagnosed myself with no rash shingles, (bet doctors hate the internet!) So I quit with the nervous verbal diarrhoea, composed myself, I closed my eyes and did something so simple; I breathed. Long slow deep breaths. No fancy yoga posture required, no mantra or mudra or chant or visualization. Just good old fashioned deep breaths and a few moments of going within. That really is the basis of simple meditation in its purest form. We can all do this anywhere at any time for free. And yet we underestimate its power, craving something flashier and more substantial. Usually needing an outsider to guide us and not trusting that we know the way.

I don’t know which one of us was more excited by the rapid decrease and swift return to a normal reading; I wasn’t about to combust after all. We were both a little in awe of the natural power to heal and calm that resides within us. We had our own scientific experiment going on before our very eyes, bearing in mind I was oblivious to how high my blood pressure had risen. It was a bit of a wow moment for us both.
Today a non-yogi friend was telling me about her ongoing health issues and the fact that she really needed to lower her blood pressure. I suggested meditation and of course, her natural response was “I can’t meditate!” so I shared my tale of abscess Hell. I encouraged her to be still, to close her eyes and just really breathe, it’s a start.

My Tooth had to come out, if the dentist hadn’t done it I think I would have. So I have lost the Wisdom Teeth but hopefully not the wisdom. I have been shown the benefits of a regular practice of Yoga and meditation. They may sometimes appear to be invisible, almost secretive, but the magic is working none the less.

I’d say the doc gave good advice
Do something yogary!

Posted @withregram • @clanwellness Gently awaken and warm up your body and mind with this sun salutation sequence!
🥰❤️ Posted @withregram • @jamievaron Your life is poetry! 💜
Absolutely beautiful @yogaflowswithellie wearing our #hellokitty #yogaleggs 💕❤️
This so very beautiful• @murphys_sketches Beauty is more than you see with your eyes 💕
We love seeing how you wear your #yogaleggs @azulyogapilates A #teasertuesday from yesterday’s class with @jo.dombernowsky
Posted @withregram • @yoga_with_katy #AloHotHandstands 🤸🏼‍♀️🔥🙃
Love this @trackyoga Peace begins with a smile!
Posted @withregram • @yoga_with_katy #AloHotHandstands 🤸🏼‍♀️🔥🙃
Stunning @yoga_with_katy in our #pink #yogaleggs ❤️💕 #yoga #yogainspiration #yogalove #yogapractice #yogapants #yogaleggings #yogaeeveerydamnday ❤️💕
#wednesdaywisdom 💕 Posted @withregram • @gypsyheartliving 🦋🦋🦋
Thank you @mulberryhousehotel what a beautiful day for #afternoontea 😎 can’t believe it’s nearly a year since nanny B married Lovely Martin here 🎉 thanks Becki @yogaleggs for my birthday treat, seeing as booking things isn’t my forte it only took me eight months ( I’m partner 2)😳😂 we had a gorgeous afternoon 🙏❤️
Twinning and feeling ever so blissed out from the most amazing yoga class @fringe.yoga with the very lovely @_nancy_francis 🥰 it’s a power to the people kind of day 🙌 🧘‍♀️🙏 #namaste
Follow Us: